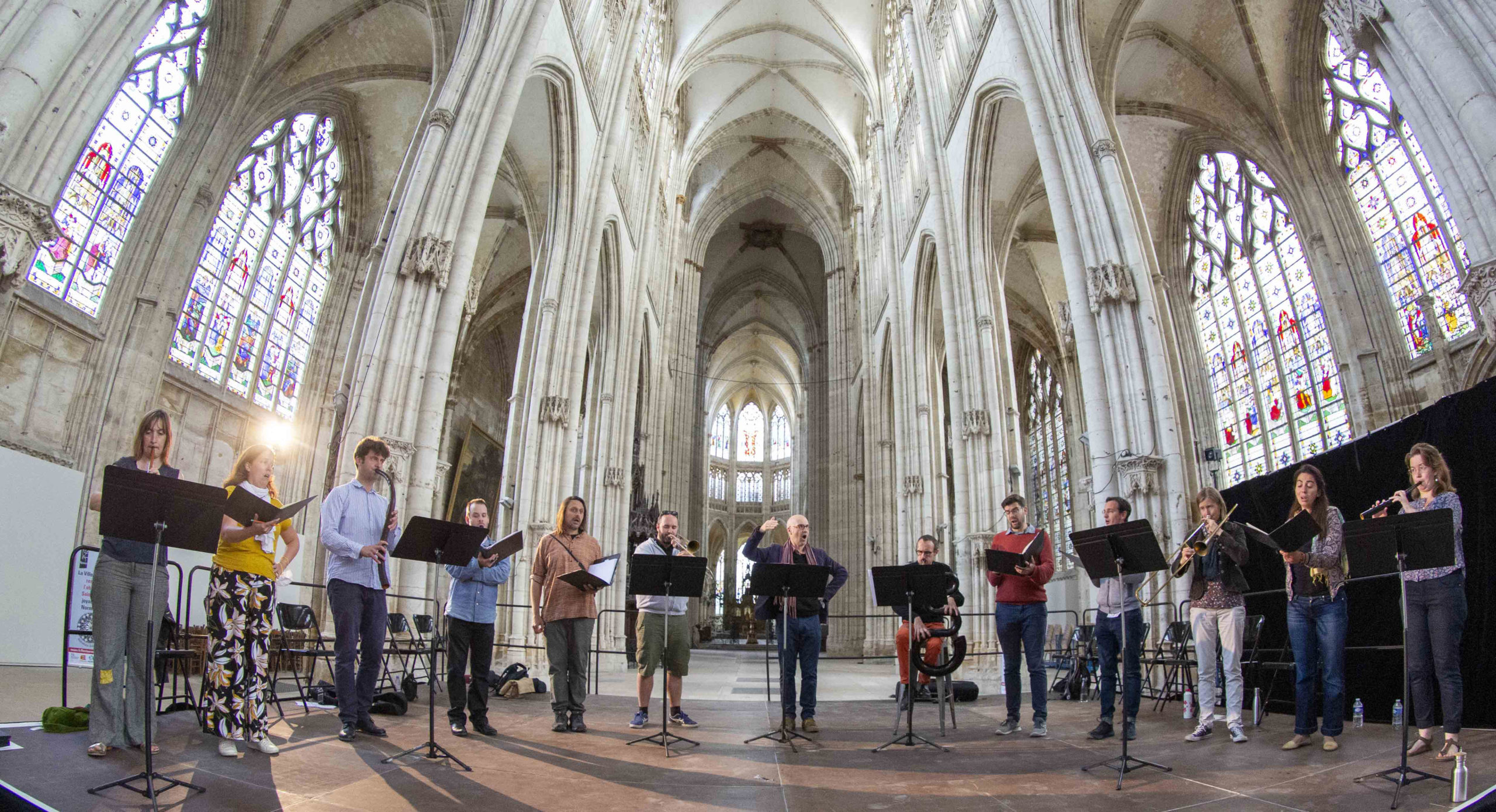 This programme could bear a title which resembles those commonly used by publishers in the 16th and 17th centuries: “A dialogue in French and Italian music for the Blessed Virgin Mary”. One of the principal arms of the Roman Catholic counter-reformation was indeed to revive the Cult of Mary: expressed in architecture, sculpture, painting and music, the movement gained great momentum from the year 1600 onwards.

This mass setting for six voices by Monteverdi, an emblematic feature of the programme, takes for its inspiration the Marian motet “In illo tempore” by Nicolas Gombert (c1495-c1560), and may have been intended for the Feast of the Annunciation. It was published as the opening work of the famous 1610 Collection, in which it precedes the iconic Vespers of the Blessed Virgin.

Since it was destined for the Papal Chapel, the mass was by necessity expected to be executed without instrumental accompaniment: a cappella”. In France at that time, masses were similarly published a cappella but in fact this was just for convenience. In practice, the musical director, composer or conductor arranged and adapted the music according to the available resources. We have followed this system in recent performances by Les Meslanges of masses by the French composers Fremart, Bournonville, Cosset and Titelouze, mixing with the voices wind instruments such as cornets, sackbutts, serpent, or strings: a consort of viols. Having found this arrangement eminently satisfactory, we propose to perform the Monteverdi mass in the same manner, with cornets, sackbutts and a bass cornet doubling the singers.

This is our artistic choice. However it is conceivable that this music may also have been used outside the sphere of the pope in Rome, in a princely chapel employing instrumentalists as well as singers, like that of the Duke of Mantua. Nevertheless we remain very attentive to the transparency of the polyphonic writing, and to the clarity of the text, on which Monteverdi was so keen.

The Marian unity of the programme offers a balanced dialogue between Italian and French compositions, and concludes with the moving hymn Ave Maris Stella, in a version which alternates odd and even verses by two composers: the Frenchman Titelouze, played on the organ, and sung extracts from the Vespers of the Blessed Virgin by the Italian Monteverdi. Hearing this juxtaposition of music by two contemporaries, each a true master of his art, reveals their equal indebtedness to Plainsong, which is the mortar in their constructions, their common inspiration.

Duration : around 1h20
Please contact us to know exactly the program
contact@lesmeslanges.org