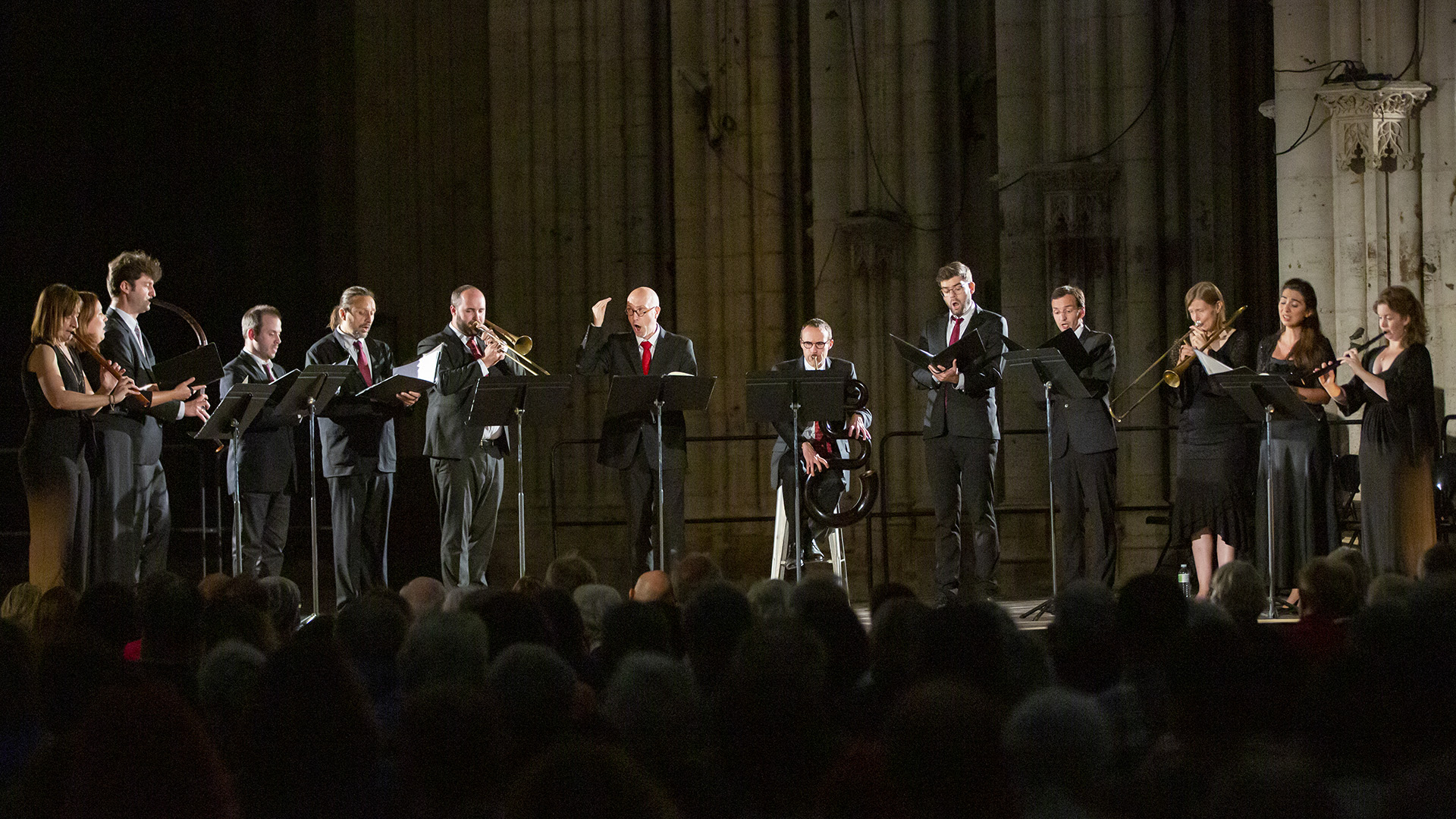 Les Meslanges is an ensemble of instrumental and vocal soloists created by Thomas Van Essen, driven by a passion for the diversity that early music offers.

The fundamental aim of the ensemble is to put music into its historical and artistic context, through an exploration of its relationship to the art and litterature of its time. Several forms of concerts are used : « lecture concerts », reading out of texts or literary compositions forging links to the music, and the use of elements of set to draw the audience into the music by de Boesset, Le Camus, Charpentier …

One of the particularities of the ensemble is the alternation between the voices in the quire accompanied by the serpent and organ in the gallery, in the manner music was executed from the 16th to the 18th centuries : Masses, Magnificats, Te Deums… The ensemble collaborates with organists such as François Ménissier and Jean-Luc Ho in programmes featuring organ pieces and faux-bourdon plainsong with serpent. In 2013, Volny Hostiou joined the ensemble as associate director, alongside Thomas Van Essen. From it’s beginings in Normandy, the ensemble has performed thoughout France and has been invited to several prestigious music festivals : Sinfonia en Périgord, International Early Music Festival of Ribeauvillé , Baroque Festival of Pontoise.In 2017 and 2018, with its “Pour les Festes Solemnelles” programme which was constructed in collaboration with Jean-Luc Ho for the 350th Anniversary of the birth of Francois Couperin, and with the rediscovered mass settings of Jehan Titelouze (1563-1633), the ensemble was invited by numerous music festivals including, amongst others, St-Michel-en-Thierache, Notre-Dame cathedral in Paris, the Friends of the Organ in Charolles, Lanvellec and Tregor, La Chaise-Dieu, the Bach Academy and Utrecht.

Les Meslanges has recorded several CDs.  Pour une Cathédrale (For a cathedral), is constructed around organ pieces by Jehan Titelouze and other french music of the first half of the 17th century,  for the PSALMUS Label. It has received many accolades in the recent press : « Coup de cœur » by France Musique ; Diapason « 5 Diapasons » : « An enlightening and splendid recording…Thomas Van Essen and his group illuminate the words in form and in meaning ».  The just last one recordings are for Paraty  Four polyphonic masses of Jehan Titelouze (two Cds) and the organ masses with plain song of François Couperin for Harmonia Mundi.

Les Meslanges is supported by the French Ministry of Culture, the Regional Arts Council of Normandy, the Normandy Regional Government and the Rouen City Council. The ensemble is a member of FEVIS – the Federation of Specialised Vocal and Instrumental Ensembles.